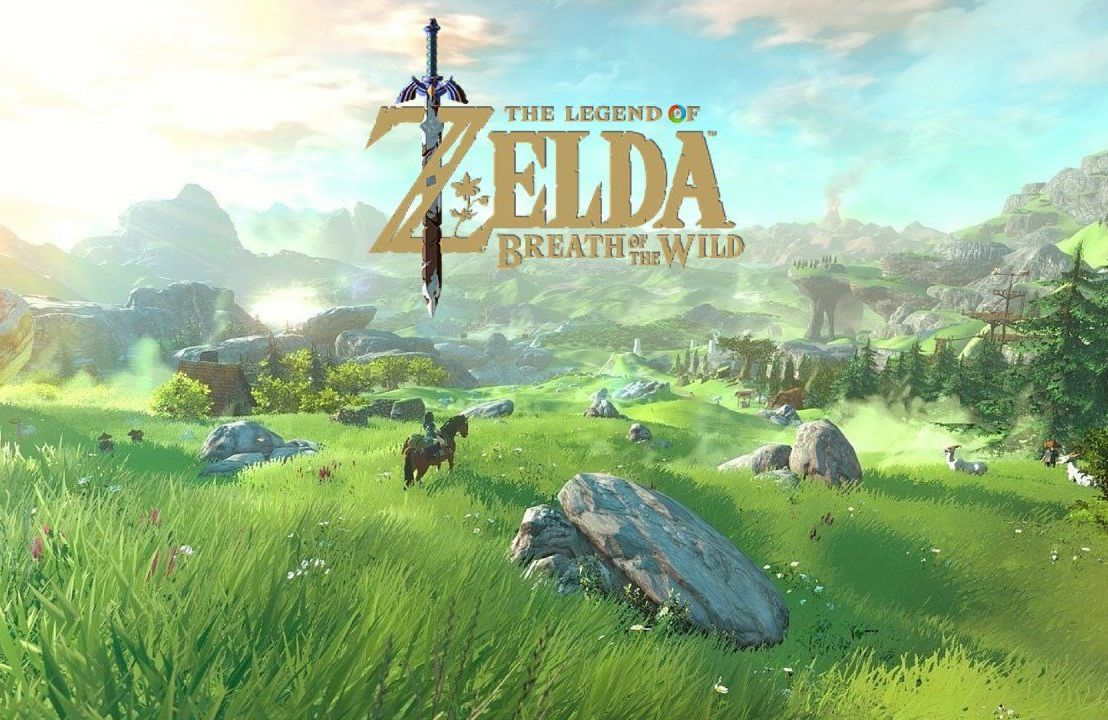 Breath of the Wild starts out normally, with Link, the main character, waking up. But Link wakes up in an unfamiliar chamber, with a mysterious voice speaking to him. Link  obtains a mysterious device called the Sheikah Slate, which allows him to use special powers called Runes. These allow Link to remotely create and detonate bombs, and even freeze objects in time. Upon exiting the chamber, Link, who has lost his memory finds himself in a different world. He is not even aware that he is in the Kingdom of Hyrule, but is soon awakened to reality by a dark seething monster known as Calamity Ganon that is swirling around Hyrule Castle. Link also learns that the voice calling out to him was none other than Princess Zelda, the daughter of the king of Hyrule, who is trapped in Hyrule Castle, holding Calamity Ganon back so he protect the kingdom from destruction. Thus, Link embarks on a quest to defeat Calamity Ganon and save Princess Zelda. Although the theme of saving Zelda and defeating Ganon is in almost every Zelda game, Breath of the Wild (BOTW) somehow takes it and makes it unique.

Yes, defeating Ganon is the goal of the game. But really, you can do that however you want. Side quests are everywhere in this game, but probably the funnest thing to do is explore. The world of BOTW is amazing and beautiful, full of wonders to explore and monsters to fight. Spread throughout the world are mini-dungeons called Shrines. Once you solve the puzzles and defeat the enemies in each Shrine, you receive a thing called a Spirit Orb which you can trade in for upgrades like more health or stamina. I found myself traveling, completing side quests, and fighting monsters more than completing the actual main quest of the game. Let’s break it down to the different things that make BOTW worthwhile.

I’ve found that the combat for BOTW is always fast paced, refreshing, epic, and hard. Zelda combat sounds simple: pressing one button makes you attack, holding another makes you block, and another button lets you throw your weapon. But it gets complicated by the fact that enemies gang up on you, the different weapon types, and the fact that all weapons have durability limits and can break (certain weapons regenerate after being broken, and others can be re-made).

Did I just say that your weapons break? Heck yeah. All weapons have durability, and break after you use them too much. Durability is used up when you strike an enemy, hit a shield, or hit something else such as a tree trunk. Well, if your weapons break, where do you get new ones? Almost all enemies carry weapons and sometimes shields. Certain attack moves cause the enemies to drop their weapons, or you can just kill them to obtain their weapons. A weapon’s durability does not come into question when the monster uses it, so when you receive the weapon it’s just like new. Be warned that the monster will use the full extent of a weapon’s power to try and kill you, so be careful when going weapon hunting.

Weapon hunting is rewarding, but can be costly. Monsters don’t wait their turn to attack you, and love to gang up and attack you all at once. This makes stealth a good option if you want to sneak over to the monster’s weapon rack and steal their weapons, or to assassinate enemies. Monster are also equipped with bows, shields and arrows that are needed to fight future enemies. Those items can also break, and so eventually you will fall into a satisfying loop of killing monsters for their weapons.

There are four types of weapons: short swords, spears, long swords, and bows.

What are charge-up attacks? When the attack button is held down, stamina power creates a special attack that changes depending on the type of weapon. A short sword’s charge-up attack deals light damage to enemies in the area around them, the spear charge-up attack unleashes rapid-fire spear attacks, and a two handed weapon’s charge-up attack lets Link spin around with the weapon while holding the attack button. When Link lets go, he slams the ground, dealing even more area damage! There are also boomerangs, which can be thrown without breaking, and also return to the wielder.

Armor in Breath of the Wild is just as important, but a lot less complicated. Armor protects you from damage, which is extremely important. I may have made the combat in BOTW sound like a breeze, but it is really unforgiving, and early in the game, most enemies can one or two shot you with a powerful weapon. Armor is necessary to not let this happen. I can explain this by getting into the attack and defense ratings of weapons and armor.

Okay, let’s say that you have a sword with an attack rating of 12. Each attack rating deals a quarter of a heart in damage, so a 12 attack would deal damage equal to three hearts from Link’s life bar — that is, if he wasn’t wearing any armor. But let’s say Link is wearing armor. Each piece of armor on his head, chest, and legs have a defense rating, and let’s say that total defense rating is 4. So when the spear hits, the 12 damage will be deducted by 4, the defense rating. If the armor rating is equal to or exceeds the attack rating of the weapon, the weapon will still deal a quarter of a heart in damage. So basically, armor makes life (literally) easier. Armor can be found in shops in certain towns, but is mostly found by completing quests and/or in Shrines.

Unlike many other Zelda games, Link gets to do whatever he wants and explore wherever he wants. Link has the ability to climb and to swim, allowing him to get to cliffs, islands, or other places that would be inaccessible in other Zelda games unless you complete a quest. This may not sound like much, but combined with Breath of the Wild’s amazing landscape, it can be everything. For example, you can climb mountains and even swim up waterfalls. I’ll leave the wonder of exploring Hyrule to you.

Usually I have a paragraph here talking about the bad things about a game I am reviewing, but I really can’t think of any!

The Legend of Zelda: Breath of the Wild is a must play. There are so many memories that I made playing the game, and I think everyone should experience it.

4 thoughts on “The Legend of Zelda: Breath of the Wild”